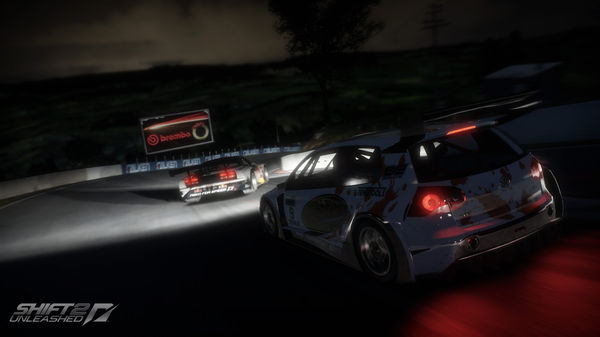 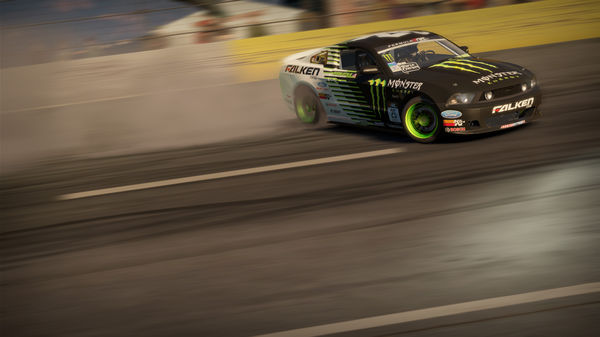 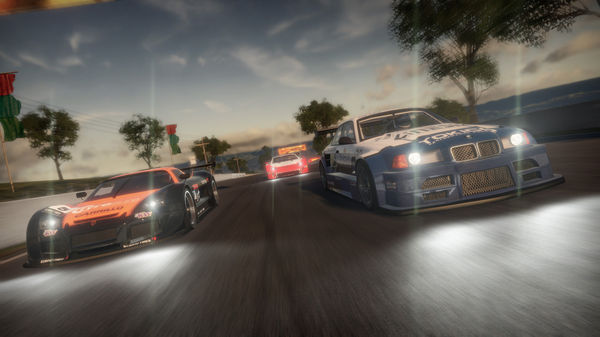 Loyalty discount! If the total amount of your purchases from the seller SkillMan more than:
If you want to know your discount rate, please provide your email:

SkillMan information about the seller and his items
offlineAsk a question

<Attention> Attention! The game can be activated ONLY in Russia.

This gift can not be taken into inventory, only to ACTIVATE to its library.
</ Attention> [NOT REGION FREE!]


Won critical acclaim SHIFT series returns to the track with a new game SHIFT 2 UNLEASHED. The most exciting of the existing simulation immerses players in an atmosphere of this race and fully conveys enthusiasm and momentum passing tracks and participation in Driver´s Battle. Revolutionary realistic game SHIFT 2 UNLEASHED will allow fans of the genre to evaluate all the emotions and energy of racing competitions.


SHIFT 2 UNLEASHED complements the revolutionary capabilities of the authentic race of new software kernel, globally processed graphics, an innovative view of the camera on the helmet of the driver, night races and realistic destruction of cars and tracks.


A new stage in the development of a series of racing games, innovative network service Autolog, first introduced in the game Need for Speed \u200b\u200bHot Pursuit, brings together friends and helps them find opponents in a variety of competitions, depending on the results. The game Need for Speed \u200b\u200bSHIFT developed Slightly Mad Studios. The studio brings together developers and designers involved in the creation won critical acclaim projects GT Legends and GTR 2.

• A new level of perception - is waiting for you an unforgettable feeling of the race with a first-person. The new camera, fixed to the helmet, realistically reproduces the movements of the head of the driver, and perfectly conveys a sense of speed. Image moves and bends with every turn, you will feel every impact, every unevenness on the road and even the vibration machine body.

• Change the game with Autolog - Revolutionary Autolog unites players and allows them to exchange information about all racing career achievements. Compare Driver Profiles and status, publish and comment on pictures and videos from the game, inviting friends to the contest and read the news from sites NFS.com and Speehunters.com. The system Autolog Recommends players match, based on the actions of their friends, which makes an interesting and exciting game and collectively on the web and on the same console.

• True realism races - SHIFT 2 UNLEASHED redefines the genre of simulation and immerses players in an atmosphere of this race. The game includes championships FIA GT1 World Championship and GT3 European Championship, as well as these cars, tracks and racers. This simulation of the future for today´s adrenaline racing fans.

• Stunning depth and diversity of career mode - opens up new opportunities and participate in a variety of races on the way to the title of FIA GT1 World Champion. From new Endurance races to vintage cars and super-cars, SHIFT 2 UNLEASHED in you will be able to choose the path that will be most interesting.

• Tuning for beauty and victory - Turn of the most powerful cars in the world´s elite fire-breathing monsters! Modify the engine, suspension, bodywork and much, much more, and then test their perfect weapon in any of the game modes. Whether Econobox 1000 horses under the hood or fancy GTR, you have nearly limitless possibilities in the race, where every second counts.

• Realistic cars and tracks - The game features 130 licensed cars, including the Nissan GT-R GT1, McLaren MP4-12C and GUMPERT Apollo, as well as 50 real-life racing tracks such as Bathurst, Spa de Francochamps and Suzuka, and devised specifically for Game routes in downtown London and Shanghai.

• How do I get a link to my account?
• In the steam client, click "Steam" in the upper left corner. In the menu, go to "Settings -> Interface -> If possible, display the address bar". Then go to your profile and skipriuyte link to your account.

Due to changes in the Steam Gift system (http://steamcommunity.com/games/593110/announcements/detail/1301948399254001159):
• The purchased game will arrive to your account with a delay of 5-10 minutes after placing the order.
• This is due to the fact that now all operations for buying and sending the game are done manually in real time.
• You are required to fill out your data: a link to your Steam account and confirm that your Steam account region is Russia.
• We will add you as a friend and give the paid game.