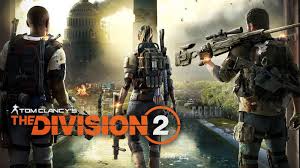 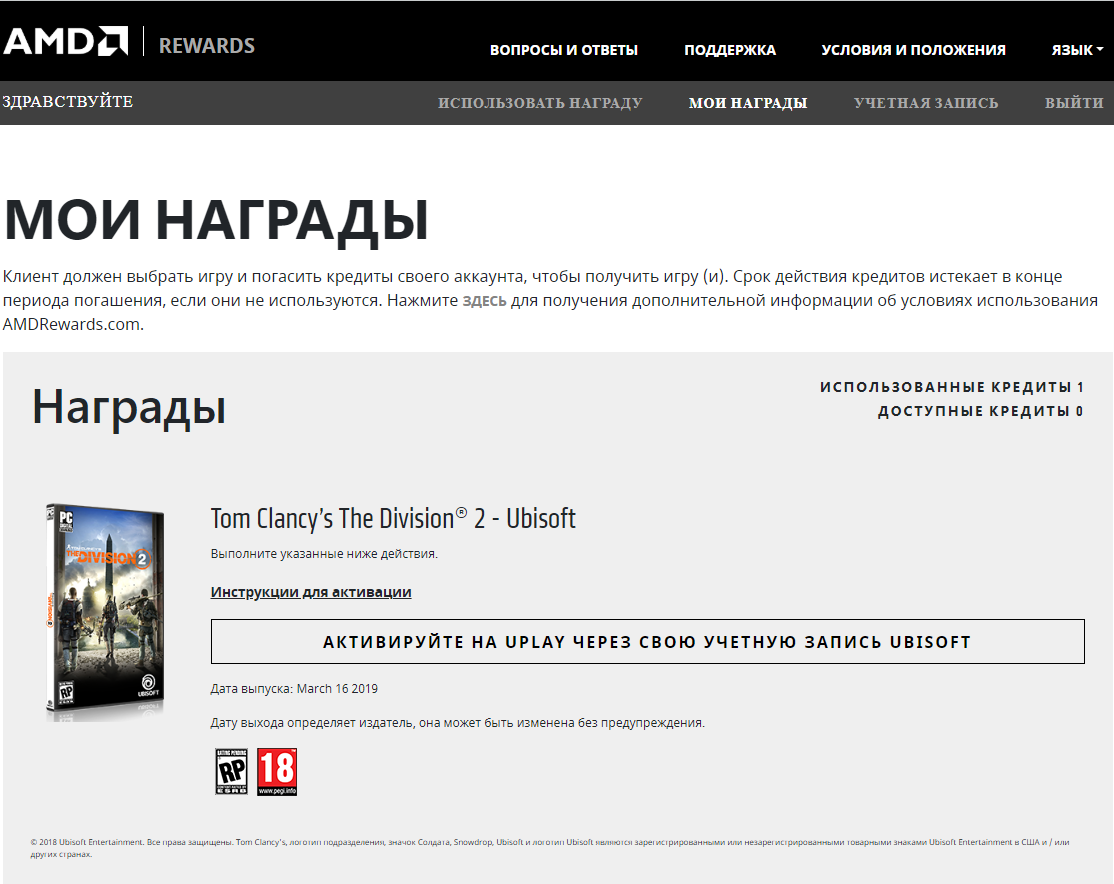 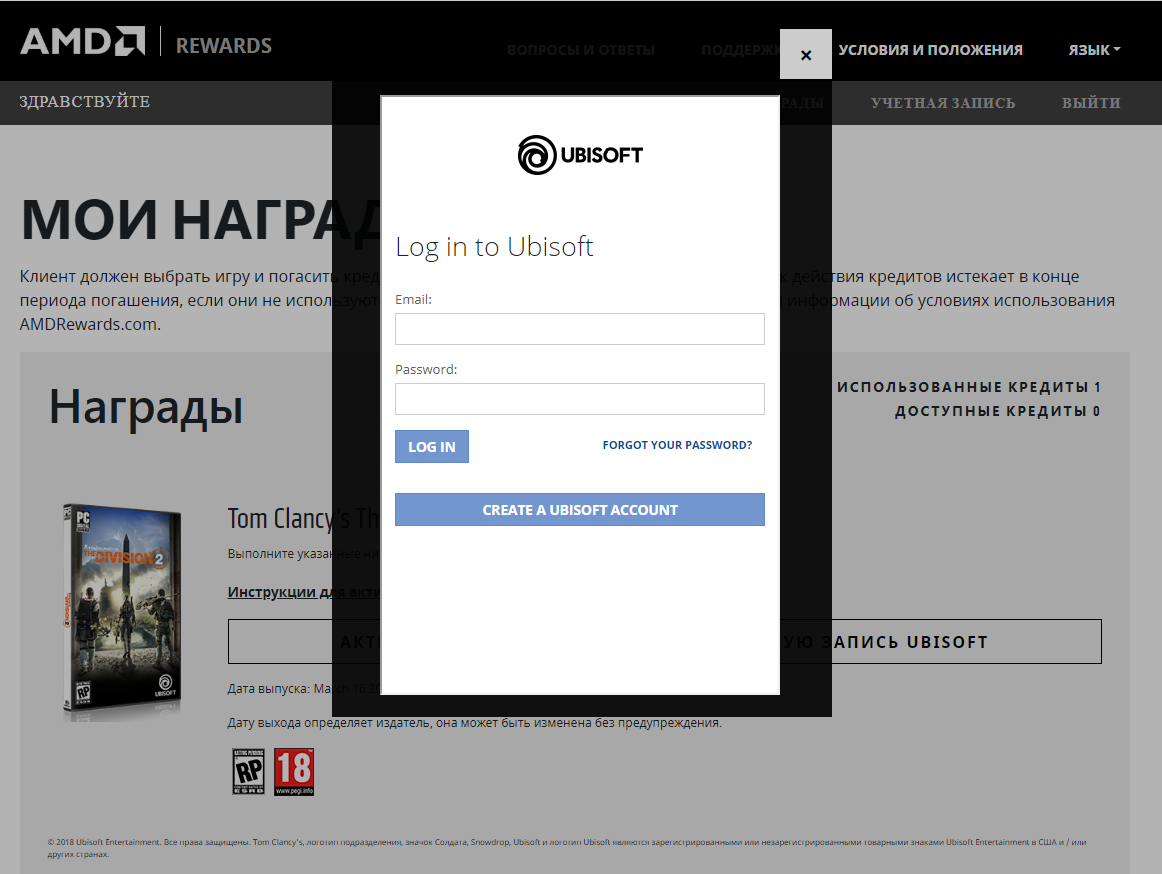 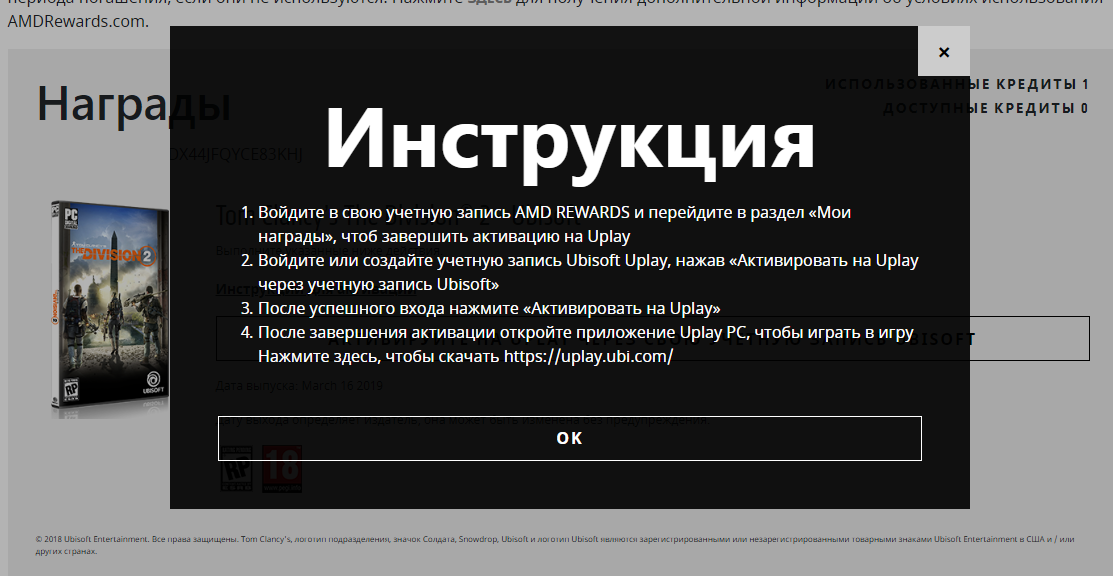 Loyalty discount! If the total amount of your purchases from the seller SkillMan more than:
If you want to know your discount rate, please provide your email:

SkillMan information about the seller and his items
offlineAsk a question

• ATTENTION! The game can not be activated on Steam and Origin.

Tom Clancy's The Division 2 | XBOX ONE |RENT FOR A WEEK